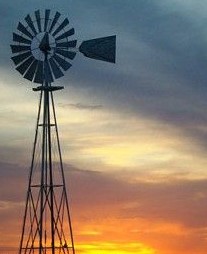 It is with heavy hearts that we announce the passing of Darius Lincoln Milani, aged 63. An incredible husband, father, and grandfather, Darius died unexpectedly on August 13th in his home in Lyons, Colorado. He is survived by his wife Suzanne, his son Justin and wife Gabrielle, his daughter Tina and partner Andrew Powlen, granddaughter Mia, brother Cameron and sister Mina, as well as countless friends who he wouldn’t hesitate to count as part of his family.

Darius was born in 1955 in New York, NY to Nader and Jean Milani. He grew up in the suburbs of Tehran, Iran. He spent the formative years of his youth in Colorado Springs, CO with his siblings, grandmother and mother while his mother earned her Master’s Degree. He permanently moved stateside at the age of 15, traveling from Iran to New Paltz, NY to live with close family friends. He met his wife Suzanne while attending Worcester Polytechnic Institute in Massachusetts. They married in 1982 before moving to Warren, New Jersey, where they raised their children and lived until returning to Darius’ beloved Colorado in May 2019.

Darius passionately pursued his career up until the moment of his passing. He began at AT&T, spending 13 years there while attending night school at Northeastern University to earn his MBA. By 2004, he ventured onto his own path and co-founded the IT and networking solutions company, Peleton Systems. Since 2014, he has served as the Vice President of Solutions Engineering at Atlantic Metro Communications.

Outside of his career, Darius loved to take long hikes with his dogs, tackle house and automotive projects, log countless miles on his Ducati motorcycle, and kick back while listening to music.

Most of all, he savored spending time with friends, family, and loved ones over some home-cooked kabob.

In lieu of flowers, please send any donations to the Colorado Mountain Club.