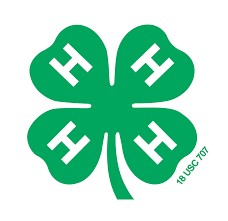 Nancy K. Morgan, beloved wife, mother, and grandmother, passed away from complications due to COVID-19 on Monday, March 29, 2021 at the age of 78. Nancy, the first child of Frank and Nancy Catherine Standring, was born in Miami, Florida on December 27, 1942. A Navy brat, she spent her childhood following her father to bases across the country before finally moving to Fort Collins, Colorado and graduating from Fort Collins High School in 1960. From there, she went on to Colorado State University, where she earned her bachelor’s degree in the Humanities with a concentration in journalism, played a lot of bridge, and met her future husband Lynn Morgan by the time she graduated in 1964. Lynn and Nancy married in 1964, and had two children. The family settled down in Erie, Colorado, where they were longtime residents. They would have celebrated their 58th wedding anniversary this November. Nancy was a 4-H enthusiast, Camp Fire Girls leader, craft-show extraordinaire, and so much more -- the entirety of who she was as a person could never begin to fit in a space this small. Her personality was larger than life, and had the power to put a smile on the face of anyone who talked to her -- which was plenty of people, since Nancy was as outgoing as they come. She never ran out of stories to tell, and was incredibly gifted at telling them. She loved music, jigsaw puzzles, Harlequin romance novels, action movies with lots of buff men, going on drives through the country, and shopping for some good bargains. Nancy was one heck of a woman, and the light and laughter she brought into this world during her time is immeasurable. She is survived by husband Lynn, daughter Catherine Beers, and son Gregory Morgan; as well as Cathy’s sons, Sean and Devin Beers; Greg’s daughter, Michelle Morgan; and the countless others that have been touched by the joy and love that Nancy carried with her everywhere she went. As per her wishes, Nancy’s remains have been cremated and no services will be held; nevertheless, her memory is strong and bright in the hearts of those lucky enough to have known her.

To send flowers to the family or plant a tree in memory of Nancy Kemp Morgan, please visit our floral store.

You can still show your support by sending flowers directly to the family, or by planting a memorial tree in the memory of Nancy Kemp Morgan