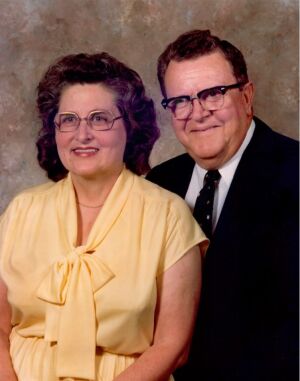 Mildred Lusk, of Chattanooga and formerly of Athens Tennessee went to be with God March 18, 2021. She was a native of Englewood, Tn. Mildred was the daughter of the late Gordon Kinser and Ada Dailey Kinser and was the 2nd oldest of ten children. She was preceded in death by her parents, her husband, Frank Lusk; three sisters Martha Grace McClurd, Mary Ellen Kinser, Sarah Lois Axley, and four brothers James Lee Kinser, Kenneth Kinser, Francis Eugene Kinser, and Gordon Kinser. She was a longtime member of Concord Baptist Church in Chattanooga. She is survived by her son Jerry and his wife Barbara Lusk of Firestone, Colorado; two grandchildren, Kristi Lusk Smith and her husband David, Brian Lusk and his wife Julie; six great-grandchildren, Carter and Gavin Lusk, plus Cali, Maggie, Mira, and Tyler Smith; one sister Ada Virginia Casteel, one brother Rankin Kinser, and many nieces and nephews. A Memorial services will be held with the Reverend Paul Clayton officiating. Burial will follow in Englewood Tennessee.

To send flowers to the family or plant a tree in memory of Mildred S. Lusk, please visit our floral store.