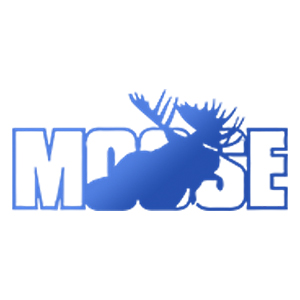 Francis (Frank) John Bueche, beloved husband, father, grandfather, great grandfather, and friend passed away on May 30, 2021 at the age of 84. He was born June 28,1936, and adopted by Leo and Harriet Bueche at the age of 2. He grew up in Elkhart, Indiana. He entered the Navy Feb 21, 1956, and was assigned to an aircraft carrier. He served honorably until his discharge on Feb 20, 1962 with the rank of AT1. He was a lifetime member of the Moose Lodge and a member of Sons of the American Legion. He married his first wife, Sally, in 1963. They had 2 children, Jennie and Cherie. They moved often for IBM, eventually settling in Longmont, CO where Frank has lived since 1974. Sally passed away in Oct 2000. Frank fell in love with Myla Leers and they were married on May 3, 2008. They remained in Longmont as their permanent residence. They traveled frequently for recreation and to visit friends and family in Arizona, Florida, Indiana and Texas. Frank and his first wife, Sally, were avid bowlers and were secretaries of various leagues. Frank helped Sally run and maintain the X-Stitcher in Longmont, and did all the framing for the customers of the needlework shop. After his retirement, Frank opened a local pawn shop with his son-in-law, Troy, where they enjoyed the customers who came and had fun tinkering in the back garage. Frank was known for always being there for his family and friends and always being willing to lend a helping hand. He was also known for his good humor and charm. He loved reading the comics, was an avid football fan, enjoyed riding his motorcycle, skiing, boating, any water activities, travel and getting together with friends and family. He was always up for any adventure and brought his enthusiasm and wholehearted commitment to any adventure. Each adventure started with doughnuts and ended with “let's get pie and coffee!” He was preceded in death by Leo and Harriet Bueche, Sally Ann Bueche, and James Allan Teter (grandson). He is survived by Myla (Leers) Bueche, Jennie Boro (Troy Boro), Cherie Teter (Allan Teter), Deb Pelt, David Leers (Michelle Leers), Michael Leers, Melissa Gossman (Mike Gossman), and Jody Leers. He had 13 grandchildren; Amber, Amanda, Tyler, Cody, Sean, Jessica, Brian, Alicia, Amy, Kristen, Stephanie, Erica, Cassandra, 11 great grandchildren, and many beloved friends. The viewing will be held at Carroll-Lewellen Funeral & Cremation Services, 503 Terry Street, Longmont, Colorado 80501 on Friday, June 4 from 5 - 7 pm. Rosary to be held Monday June 7, 2021, 9am with Funeral Mass, 10am at St Francis of Assisi Roman Catholic Church, 3791 Pike Road, Longmont, Colorado 80503. Reception to follow funeral services in the St. Clair room. Private inurnment to be held at Mountain View Cemertery on a later date.

To send flowers to the family or plant a tree in memory of Francis Bueche, please visit our floral store.

You can still show your support by sending flowers directly to the family, or by planting a memorial tree in the memory of Francis Bueche