Share a memory
Tribute & Services
Tribute Wall
Read more about the life story of Allen and share your memory.

Allen was born in Koloa, Kauai, Hawaii to Andrew and Mitsuko Tsukamoto.  He was the oldest son to Andrew and Mitsuko.  He enjoyed all of the culture, food and activities Kauai had to offer:  fresh fruits and vegetables, outdoor cooking and fishing.  After attending Kauai Technical School, he moved to Fort Lupton, Colorado and lived with his oldest sister, Fran (Tsukamoto) Funakoshi, working at the Pontiac dealer, Strode Motors in Brighton and in 1966 started his procurement career at IBM, Boulder.  As a purchasing agent at IBM he enjoyed the travel around the United States and later experienced traveling around the world.  He was an entrepreneur and in the late 70’s co-owned a liquor store in Denver, Bootlegger Liquors and in the early 90’s, ran Odin Sound, a home and car stereo shop in Longmont.  He retired from IBM/Lexmark in 1996, after thirty years, to further enjoy:  traveling (Hawaii, Japan, Thailand), golfing, home renovations, cooking food for friends and most notably gardening (vegetables, fruit trees and roses).  After retirement, he hosted a few exchange students from Japan, and Thailand.  In his later years, he enjoyed frequent trips playing slot machines in Black Hawk.  Survivors include his sister, Fran (Sam) Funakoshi; his brother, Keith (Thelma) Tsukamoto; nieces, Lynelle (Dave Detrick) Funakoshi and their daughters Summer and Jasmine Detrick, Lynn Tsukamoto, Jolynn Tsukamoto and son Stanley and Lynsay (Isiah) Deguchi and son Goten.  He was preceded in death by his younger sister, Judith Ann “Suki” Tsukamoto.   He will be remembered for sharing his roses, fresh fruits and vegetables from his garden and cooking with friends and family.

To send flowers to the family or plant a tree in memory of Allen Kenji Tsukamoto, please visit our floral store. 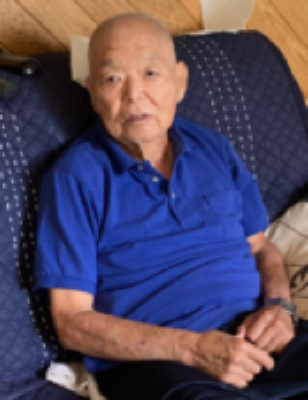 Family and friends are coming together online to create a special keepsake. Every memory left on the online obituary will be automatically included in the book.

You can still show your support by sending flowers directly to the family, or by planting a memorial tree in the memory of Allen Kenji Tsukamoto
SHARE OBITUARY
© 2023 Carroll-Lewellen Funeral & Cremation Services. All Rights Reserved. | Terms of Use | Privacy Policy | Accessibility